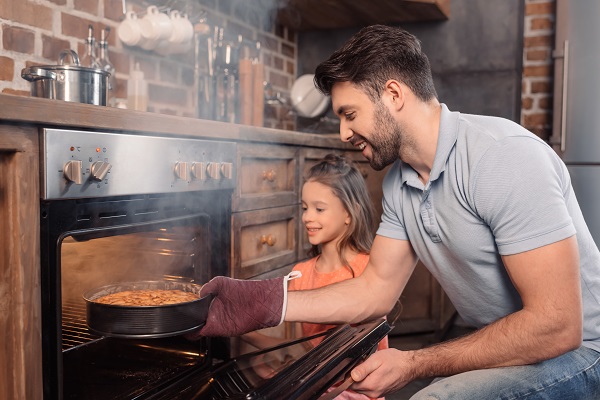 When choosing between these two high-quality ovens it’s hard to make a wrong decision. Instead, the best choice is the one that best suits your cooking styles and tastes. Before we compare a Wolf convection oven vs convection steam oven, here are some details about each to help inform your decision.

#1. What are Wolf Convection Ovens?

When should you use a convection oven? Items that benefit from browning and/or a crispy exterior are enhanced by convection cooking. This includes larger pieces of meat like beef roasts, whole chicken, and turkey. It’s alo ideal for baking cookies, bread, and pastries that are improved by a crisp, golden exterior. However, more delicate baked goods like cakes,  soufflé, and puddings benefit from a slower, more moist heat. These foods are best cooked in standard or steam ovens.

#2. What are Wolf Convection Steam Ovens?

What is a convection steam oven? These ovens combine convection and steam cooking options in one unit. Instead of using heated air to cook food, steam ovens heat water until it converts to steam. The heated steam is then released into the oven’s cavity to cook food. Steam not only helps food retain moisture but vitamins and minerals as well, eliminating the need for butter or oil while preserving nutrients.

#3. What’s the Difference Between Convection vs Convection Steam Ovens?

A Wolf convection oven vs convection steam oven offers solely convection cooking capabilities with no steam cooking option. However, it’s important to be aware of additional differences between these ovens when choosing between the two.

Consider these differences between convection and convection steam ovens:

While knowing the differences between a wolf convection oven vs convection steam oven can inform your purchase, it can’t always prevent repairs. When you need a professional assessment, contact Blue Sky Appliance Service for a wide range of Wolf oven services.

PrevPreviousWhat Are The Ideal Moisture Settings in Sub-Zero Crisper Drawers?
NextBuilt-In vs Freestanding Refrigerators: What You Need to KnowNext 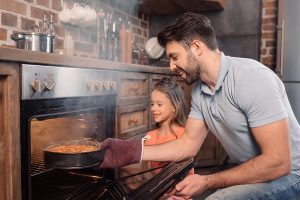 High-end ovens like Wolf can offer multiple cooking methods, even combining them for an optimal and nuanced range of capabilities. What’s the difference between Wolf